When I was growing up with my chronic pain bone disorder, my parents did their best to protect me from any additional pain and injuries. Back then, there wasn’t a whole lot of knowledge on what I could do, so my parents aired on the side of caution. I didn’t play high contact sports, I was excused from gym class, and banned from trampolines — although I’d still sneak onto my friends trampoline, because kids can’t ever truly stay away from those death traps. My friend would even make sure she was extra careful with me on it, because neither one of us wanted to get in trouble if I were to get hurt.

Any who-doodle, I didn’t do a lot of things I wanted to do. Like riding horses…ever since I was a little girl, I dreamed of taking horseback riding lessons. I had a few friends with horses, and I’d ride them (with my friends holding the reigns, of course), but I never got to take lessons. There are establishments available locally that allow people with disabilities the opportunity to ride therapy horses now, so maybe one day I’ll get to fulfill my dreams and take some lessons with my boys.

But there’s something that I’ve learned as an adult…the pain is worth it if you get to experience something wonderful.

I could wrap myself in the same bubble wrap my loving parents did, but I would still experience pain. That’s the thing with chronic pain disorders — it’s chronic pain, as in every day.

I used to avoid doing things because I didn’t want to make things harder for me, but missing out on doing those things? That’s hard on your mental health too. It’s a catch-22. I lose both ways if I let my fear of pain get in the way of living.

I have a bucket list for this summer, things I want to do…places I want to go. I want to go camping as many times as financially possible. I’d go every weekend, if we could. I’ll settle for at least three times. This weekend is our first family camping trip ever. We’ve gone up to the family lake before and stayed at the cottage, but we’ve never taken the boys camping. I was afraid they were too young, but they are now seven and four, and frankly? I’m tired of waiting! 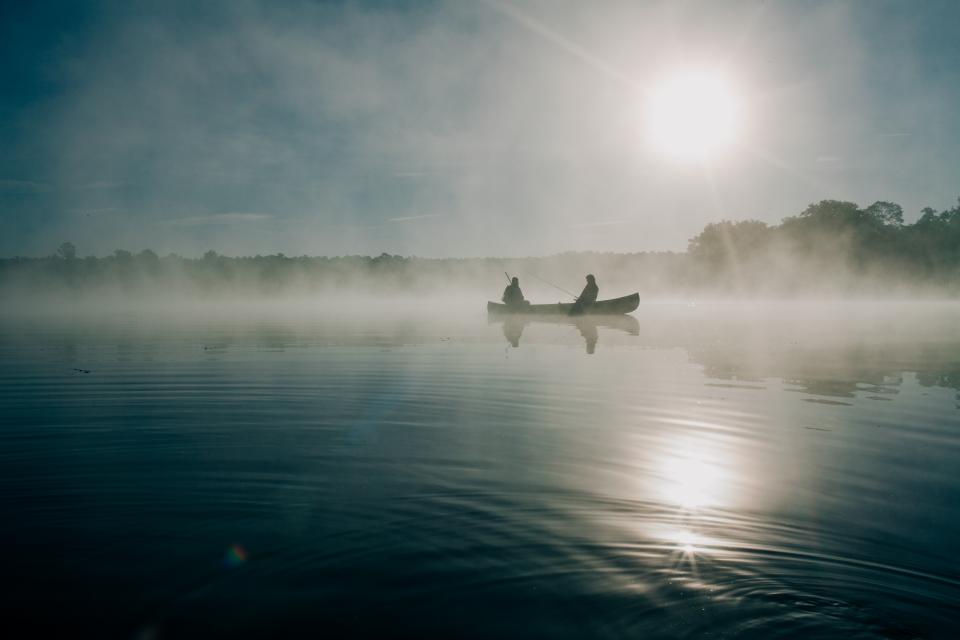 Matt and I were also invited on a no-kids camping trip this August. I’ve camped before at provincial parks and on Matt’s family’s property up North (prior to having the kids, of course), but I’ve never gone on what I refer to as a “legit camping”. We’ll be driving four hours up north, then getting into canoes and paddling for an hour or two until we reach the location we’ll all be camping on. It’s gonna be a shit-in-the-woods kind of trip, and I’m equal parts terrified and excited.

I am determined to not let my fear of pain get in the way of living and the only way to do that appears to be diving into the things I want to do without thinking about all the ways it can go horribly wrong for me. This is a challenge, as I also deal with anxiety, and anyone with anxiety will tell you just how hard it is to not think that way. I’ve already imagined hundreds of terrible situations that can totally happen during this trip. Basically everything involves some kind of serial killer or paranormal creature ripping us to shreds, but I digress. I’m trying to not think like that. Besides, it’s more likely that I’ll break something or just be too sore to even move from the tent the entire weekend. But that’s not going to happen because I’m thinking POSITIVE thoughts here and doing it anyway, despite my fears.

This has been something that I have always wanted to do, ever since I was in Girl Guides and learned about portage canoe trips. We won’t have to carry the canoe though, which is a blessing because I still have no idea how I’m going to help Matt paddle the damn thing for an hour or two, let alone carry it for miles. Luckily, he’s strong, and he’ll be steering/doing the majority of the work. The other people in the group are also very helpful, and I won’t be the only one there with a chronic pain disorder. My neighbor goes on these kinds of trips all the time, and while she’s been 100% honest about how hard physically it is, I know from the way she talks about the actual experiences that it’s so worth it, and it’s something I need to do at least once in my life.

Whether or not I’m able to do it again will be determined after I’ve done it once, and I’ll do it once because even if it can never happen again, it will be a memory that I hold on to, a memory that helps me get through surgeries and bad pain days.

My name is J.C. Hannigan. I write contemporary romantic and new adult suspense novels. The Collide series and The Damaged Series are available on Kindle, Barnes and Noble, and iBooks. The Rebel Series is available on Kindle. For more details, click here.

Sarcastica is my personal blog, it's where I come to vent about the things on my mind. Sometimes, I discuss important issues like chronic pain and mental health. I also blog about books and writing, ironically enough. There are quite a few nonsensical ramblings that I hope will enlighten, or at least entertain. Oh, and plenty of memes. I'm addicted to memes.